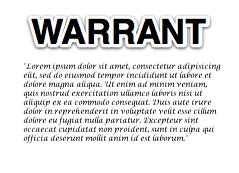 Technology is important to everyone's lives today. It has infiltrated deeply no matter whether you use computers on a daily basis or not. Even the most technologically-discconnected person must deal with systems and software at some point in their day. This importance means that everyone has something to lose when legal safeguards are overridden or ignored.

Each day my news reading brings new stories of web sites seized or taken offline without any semblance of judicial review. Web sites seem to exist outside the normal legal process and law enforcement entities like the FBI and Homeland Security are able to remove them with nothing more than the accusation of wrong-doing.

While I am fully in support of charging people and companies who are violating the law, I am also a strong supporter of the legal process. We have methods of reviewing legal proceedings that have been developed over hundreds of years. To ignore their application to new technologies is a dangerous precedent in itself. The "rule of law" helps to insure that we do the right thing in our society and to remove its protections is a danger to all.

You might not think that the lack of judicial review has anything to do with you, but how much would you lose if your businesses commerce site was suddenly, and without legal review, removed from the Internet. Even worse, what if the web site was replaced with a banner that accused your and your business of some heinous crime? Think that it can't happen to you? Recently a web site was removed because of how some of its users were using the site. In other cases, users illegal comments were used as the reason for removal.

These cases are beginning to reach far beyond their original area of software or movie piracy and into the bread and butter sites of the Internet. It is not a huge logical leap to see the that such takedowns could easily spill over to the larger web sites you use everyday including Gmail, YouTube, SlashDot, PInterest and more. I believe the major opposition to the recent SOPA and PIPA bills in the US Congress came when you, the average computer and Internet users realized just how dangerous these laws were. SOPA took Internet censorship, without judicial review, out of the rarified air of the tech community and brought it right into your own home office and living room.

The issue of extra-judicial shutdowns and siezures is only destined to grow bigger over the coming years and you need to remain vigilant about it.  The next site to be shut down could be yours, your businesses, your organizations or some other site on which you depend greatly. Let your representatives know that the shut down and seizure of sites without judicial review is wrong and will not be tolerated. Otherwise we risk losing many of the greatest benefits the Internet, and its services, has to offer.