Noted: Apple's Swift is a new programming language with a focus on speed and ease of use from Engadget 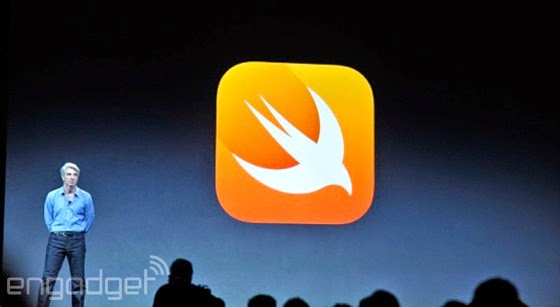 Apple's used Objective-C as its programming language of choice for right around 20 years now, but it's brought something new to its yearly developer conference: Swift, a new tongue of its own making. Apple describes its new lingua franca as "Objective-C without the C," but it keeps (and improves on) the speed of its progenitors. Even if you don't know what those terms mean, it's easy to pick up that apps iOS and OS X developers build with Swift should run even smoother and faster than counterparts made with the Objective-C language they've been using. According to the folks from Cupertino, Swift can be used to craft anything from social networking apps to 3D games.