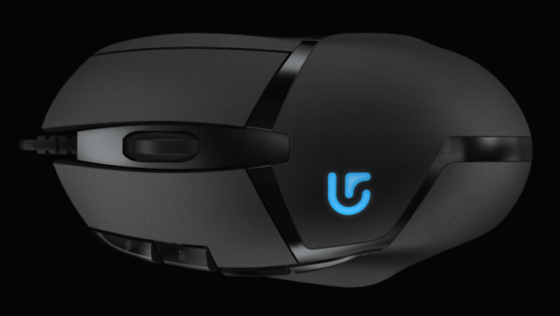 Logitech's latest packs in an onboard processor and a lot of speed.

Billed as the "world's fastest" gaming mouse, the new Logitech G402 Hyperion Fury Gaming Mouse boasts an IPS (inches per second) of 500. The G402 inherits a lot of aesthetics and ergonomics from the Logitech G502 Proteus Core we recently wrote about, though compared to the Proteus and wireless G602 cousin, the G402 looks downright stealth.