Reuse/Recycle: Connecting a Garmin eTrex GPS to Your Arduino Projects 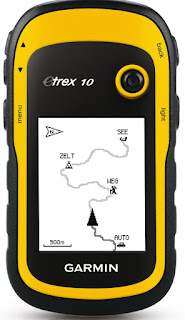 I have an old Garmin eTrex GPS device sitting around, left over from my early Geocaching days. As I started learning more about Arduino projects, I had the thought of using the eTrex as a GPS input for some project instead of using one of the neat, tiny, GPS modules already out there. I thought this might be a great way to recycle this unit back into something useful and fun.

Turning to the internet, of course, I found several articles on doing just this, including this one (Interfacing RS-232 GPS to Arduino) from Bot Thoughts. One of the first things I learned, thank goodness, was that RS-232 uses a 12v logic and not the 5V used in most Arduino project. Just connecting the 2 together via serial would probably have shorted out my Arduino board. That said, there are ways of stepping down the serial voltage and making it more compatible with Arduino.

In the article linked about, the author decided to build his own circuit to accomplish this, although they also mention an IC that could make the process simpler for those of us who don't want to delve into creating our own electronics from scratch.

I am going to look into this further and see how I might get my Arduino Yun and my eTrex talking to each other and how I might use that data in a project. A great learning project in any case.

If you missed prior posts, I have entered the 2011 Sparkfun Autonomous Vehicle Competition (AVC).

For reliable navigation around the Sparkfun building in Boulder, CO, I plan to equip the RC truck I purchased with a GPS, interfacing it to a microcontroller. 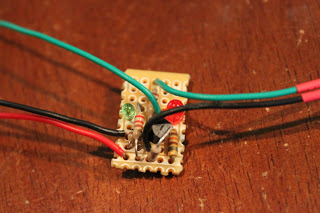 It so happens I have a Garmin eTrex Legend that I can use for prototyping until I buy a much better GPS module  for the robot. Like most GPS units, the Legend outputs NMEA 0183 serial data using RS-232 protocol. RS-232 uses +/-12V signals that will burn your average microcontroller's input pins to a crisp.