Project: Build an Arduino BLE-Enabled Indoor Air Quality Monitor via All About Circuits

I am very interested in projects which help me gain a better understanding of the world around me and monitoring my environment is certainly one of the more important tasks in that regard. I have been thinking about projects like this as builds for school-based maker groups so that they could monitor their own surroundings and perhaps find areas that need improvement, long before research projects through more official channels could even be mounted.

I would consider this an intermediate to advanced project with lots of components to be managed and coded for. I love the inclusion of Bluetooth LE (or any other wireless system) so that data can be read and monitored even at some distance. For me, all IoT devices need some way of sharing their data easily in real-time and Bluetooth is just one way to accomplish that. This would also allow for the creation of a dashboard to monitor data, in realtime, in some central, public, location, which would greatly help to make the data known to a wide variety and number of people.

This project is well documented and should prove to be an excellent source of new skills and knowledge for anyone who attempts it. 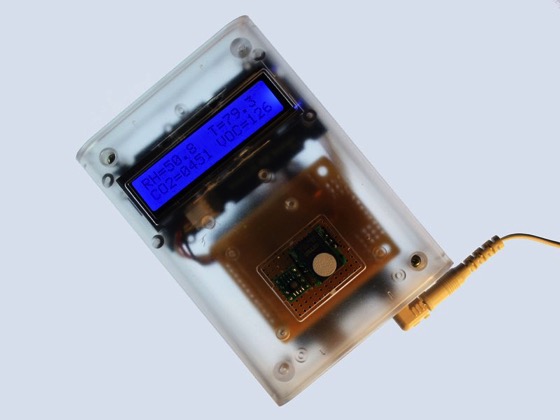 Indoor air quality is not a simple concept to quantify. I assumed that too much CO2 (Carbon Dioxide) didn’t seem like a good idea. Furthermore, large concentrations of VOCs (volatile organic compounds) didn’t sound too pleasant either. So, I reasoned that these would be some important measures to have available. 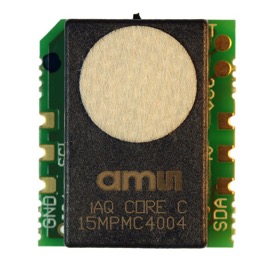 After further investigation, I found only a few ICs available to build such a project around. I settled on the iAQ-Core module from AMS.
As I read more about measuring indoor air quality, I began to appreciate the complexity of the issue. The volatility of many compounds (the degree to which they vaporize into the air) depends, in part, on the temperature. Also, relative humidity can be a factor for some compounds. Thus, I decided to add temperature and relative humidity sensors to the project.

Of course, I wanted to use a microcomputer with a display to read sensor output. As an additional feature, I decided to include BLE connectivity to allow remote monitoring.

Read the entire article on All About Circuits 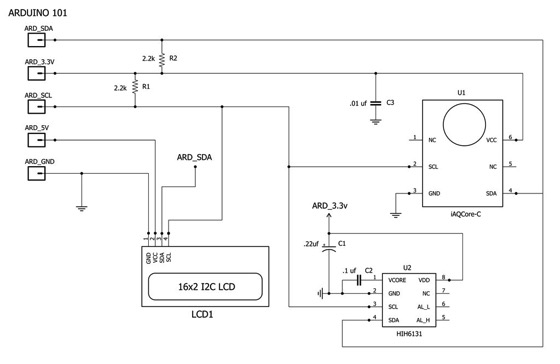 Get Arduino Parts and Books Here