A Very Large VU Meter Indeed via hack a day 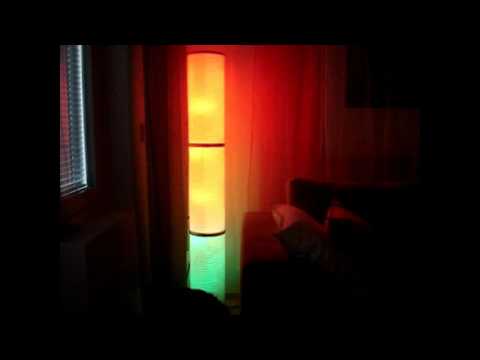 It used to be a must-have on any hi-fi, a pair of moving coil meters or LED bar graphs, the VU meter. Your 1980s boombox would have had them, for example. VU, for “Volume Units”, is a measure of audio level, and the fashion for its visual measure in consumer audio equipment seems now to have largely passed.

The LED bar graph VU meters were invariably driven by the LM3915, a chip that contains a resistor ladder and a stack of comparators which can drive LEDs directly. [Juvar] has taken an LM3915, and used it to drive a set of opto-isolated triacs which in turn drive a stack of appropriately coloured mains LED bulbs concealed within an Ikea Vidja lamp. The result is a huge and very bright VU meter that is as much a lighting effect as it is a measure of sound level.