A great idea to safeguard both your printer and your entire maker space! — Douglas 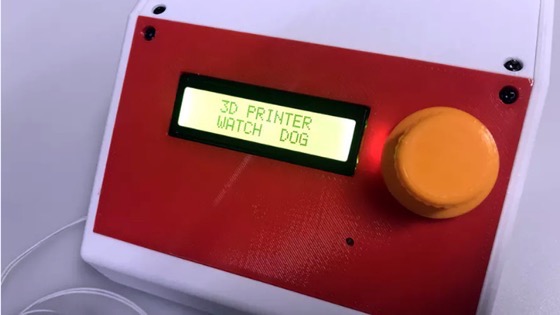 We know we’ve told you this already, but you should really keep a close eye on your 3D printer. The cheaper import machines are starting to display a worrying tendency to go up in flames, either due to cheap components or design flaws. The fact that it happens is, sadly, no longer up for debate. The best thing we can do now is figure out ways to mitigate the risk for all the printers that are already deployed in the field.

At the risk of making a generalization, most 3D printer fires seem to be due to overheating components. Not a huge surprise, of course, as parts of a 3D printer heat up to hundreds of degrees and must remain there for hours and hours on end. Accordingly, [Bin Sun] has created a very slick device that keeps a close eye on the printer’s temperature at various locations, and cuts power if anything goes out of acceptable range.

The device is powered by an Arduino Nano and uses a 1602 serial LCD and KY040 rotary encoder to provide the user interface. The user can set the shutdown temperature with the encoder knob, and the 16×2 character LCD will give a real-time display of current temperature and power status.

Learn more about Arduino with these books and components