Seeing Code: The Widescreen Rant via hack a day

By Douglas E. Welch July 22, 2020
A very geeky link today, but for some of you out there this could be a critical change. Geek On! — Douglas 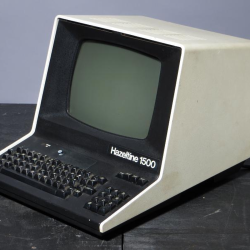 A couple of weeks ago, Linus Torvalds laid down the law, in a particularly Linusesque sort of way. In a software community where tabs vs. spaces can start religious wars, saying that 80-character-wide code was obsolete was, to some, utter heresy. For more background on how we got here, read [Sven Gregori]’s history piece on Hackaday, and you’ll learn that sliced bread and the 80-character IBM punch card both made their debut in July, 1928. But I digress.

When I look at a codebase, I like to see its structure, and I’m not alone. That’s one of the reasons for the Linux Kernel style guide’s ridiculously wide 8-character tabs. Combined with a trend for variable names becoming more and more descriptive, which I take to be a good thing, and monitors’ aspect ratios growing seemingly without end, which I don’t, the 80-column width seems like a relic from the long-gone era of the VT-220.

Read Seeing Code: The Widescreen Rant via hack a day