By Douglas E. Welch January 27, 2021
Showing the importance of NOT using technological reasons to excuse not serving your customer base — in this case, the Spanish speaking citizens of the United States. We knew it was a disingenuous excuse immediately, but they used it to stall for 4 years. — Douglas 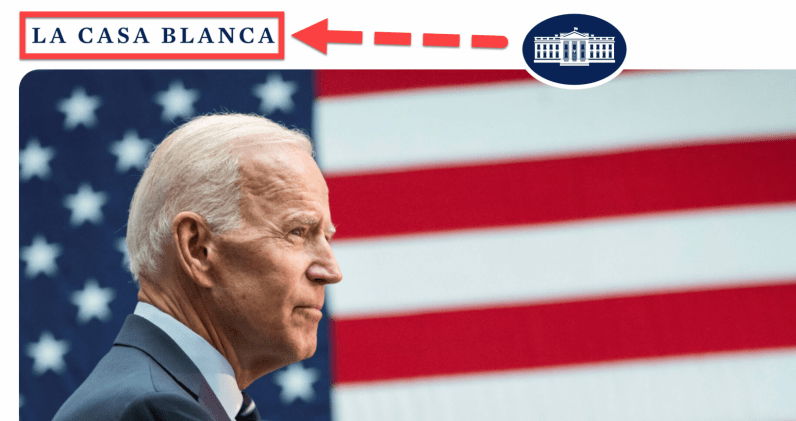 As noted by Julio Ricardo Varela of Latino Rebels the Spanish page is directly accessible from the White House website’s main menu, or at whitehouse.gov/es. There are new La Casa Blanca Twitter and Facebook accounts too.

You might recall that upon the Trump administration taking over the website, the Spanish version was promptly removed. At the time, then Press Secretary Sean Spicer blamed the removal on the fact the administration has “a lot of work to do.” He also noted that they would “continue to build out the website” and implied reinstating the Spanish page was “just going to take a little bit more time.”