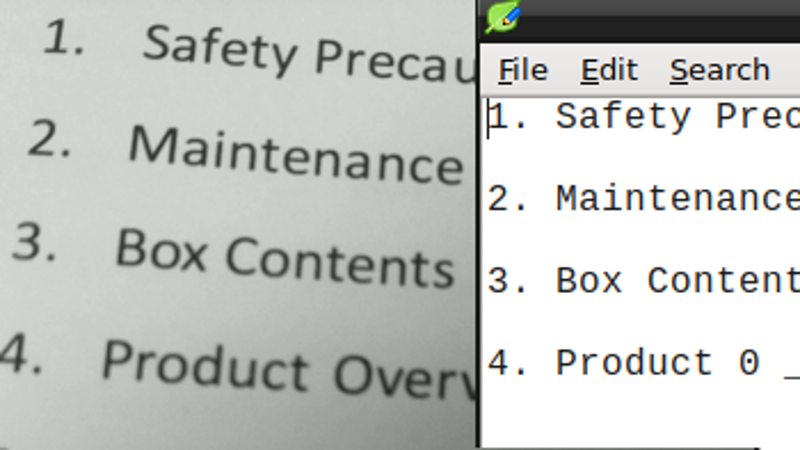 [Geyes30]’s Raspberry Pi project does one thing: it finds arbitrary text in the camera’s view and reads it out loud. Does it do so flawlessly? Not really. Was it at least effortless to put together? Also no, but it does wonderfully illustrate the process of gluing together different bits of functionality to make something new. Also, [geyes30]’s kids find it fascinating, and that’s a win all on its own.

The device is made from a Raspberry Pi and camera and works by sending a still image from the camera to an optical character recognition (OCR) program, which converts any visible text in the image to its ASCII representation. The recognized text is then piped to the espeak engine and spoken aloud. Getting all the tools to play nicely took a bit of work, but [geyes30] documented everything so well that even a novice should be able to get the project up and running in an afternoon.

Read Raspberry Pi Reads What It Sees, Delights Children via hack a day