After visiting the HackespaceLA meetup last night (See earlier post), I was, once again, interested in learning how the Arduino and RaspberryPi computers and the projects I might create with them.

I have never made the leap to owning either of these 2 units, so I did a quick Google search on Arduino Simulators to see if, perhaps, someone had made a web-based version of the Arduino that I could, at least, play around with a bit.

Sure enough, this search turned up an excellent resource in the form of Autodesk’s 123D Circuits web site. This is an amazing site that does far more than just Arduino simulation and let’s anyone create working virtual circuits (and even PCBs, for the more heavily tech inclined). I have only barely scratched the surface of what 123D Circuits can do, but it is a great way to play around before jumping to your own, physical Arduino and parts.

If you have ever been interested in making with the Arduino, 123D Circuits is a GREAT place to start!

Then, join HackerspaceLA next Wednesday night, March 23, 2016 at 7pm for “Let’s Talk Arduino” and get your hands on a real, physical, Arduino and start learning how to put it to use in your projects! 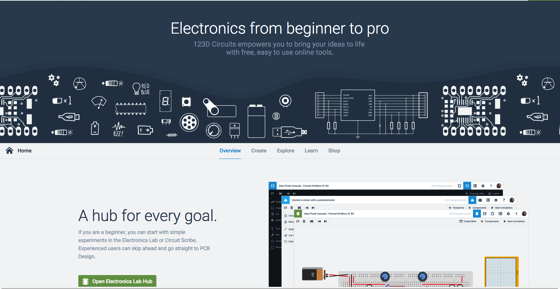