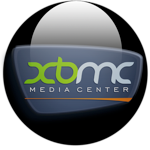 So much of the media we consume these days comes from our computers rather than the television. I have had my computer connected to my television for many years now, so that I could show YouTube, DVD's and other videos on the larger screen. XBMC makes it realtively easy to get many of the computer-based video services onto your big screen TV using whatever computer you have at hand.

In my case, I am using a new Mac Mini which has an HDMI port that plugs into my 46" LCD TV. When I run XBMC on my Mac, it presents a large, clean interface that allows me to browse videos from a number of sources and also show pictures, play music and more. On most days, I am watching many YouTube videos based on the channels I have subscribed to there. Most channels produce videos in 720p HD and above, so the content looks sharp and watching it from my easy chair is so much nicer than huddling over my laptop or desktop computer screen.

My laptop, iPhone or Android phone can function as a remote control, using the free XBMC Remote apps so watching "computer" TV is just as easy as watching broadcast television.

XBMC isn't as easy to set up or use as an all-in-one solution like devices from Roku or Boxee, but it has the ability to play a larger selection of video content such as live streams from TwitchTV and more.

Previously in On My Mac/Windows PC...